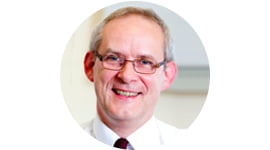 Dr. Neil qualified from RVC in 1983, he is a Diplomate of the European College of Zoological Medicine, specialist in Avian Medicine and an FRCVS.

He was responsible for teaching avian medicine at Bristol Vet School from 2001 – 2011. Dr. Neil has lectured internationally for many years, has contributed >50 peer review papers and to >35 books. He received multiple national and international awards.

Past President of the European College of Zoological Medicine and the European Board of Specialisation. Dr. Neil heads the avian and exotic department at Great Western Exotic Vets (part of the Vets Now group) in Swindon, where he runs the only ECZM approved avian residency in the UK. 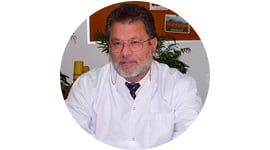 Jaime Samour is a veterinary surgeon who has devoted the best part of his professional life to falcon medicine. He graduated with honours at the Faculty of Veterinary Medicine in Veracruz, Mexico, in 1978. After a short period of time in his native El Salvador working in private practice, he returned to Veracruz and became an Associate Professor at the Faculty of Veterinary Medicine. In 1981, Jaime travelled to London to study and to carry out research projects in reptilian and avian medicine of the Institute of Zoology, Zoological Society of London. He learned and practised haematology under the supervision of Dr Christine Hawkey and Mike Hart. He was awarded a PhD degree on reproductive biology in birds by the Royal Veterinary College, University of London, in 1987. Immediately after, Jaime moved to the Middle East, where he has worked ever since firstly in the Kingdoms of Bahrain and Saudi Arabia and finally in the United Arab Emirates. Jaime has edited five textbooks and produced 17 chapters in different textbooks on avian and exotic animal medicine, and more than 120 peer-reviewed papers in international journals. Jaime was the recipient of the British Veterinary Zoological Society/Parke-Davies/Upjohn Award in 1998 and the Ted Lafeber Avian Practitioner of the Year Award in 2006. Jaime was awarded Diplomate status of the European College of Zoological Medicine in the Avian Specialty in 2OO4 and became Professor of Raptor Medicine at the Veterinary College, University of Parma, Italy, in 2018. Jaime became a Fellow of the prestigious Royal Society of Biology based in London, England in 2018. Currently, Jaime continues to live in Abu Dhabi, United Arab Emirates dedicated to consulting in wildlife medicine and management and falcon medicine and reproduction and continues to be active in teaching.

At Eurovets, we represent leading multi-national brands in nutrition, veterinary equipment, medicines and consumables for companion-, equine and production animals. In addition to traditional wholesale, Eurovets provides warehousing, distribution, CPD training, webinars, marketing and sales resources in order to support these products in the region.

Eurovets is excited to have Dr. Neil A Forbes and Dr. Jaime Samour​ conduct this event and webinar and share their knowledge and broad experience with our customers here in the UAE. 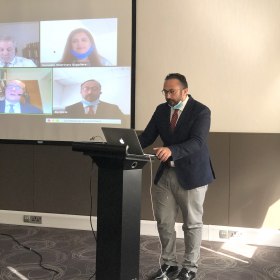 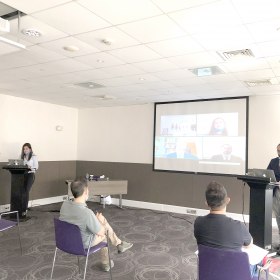 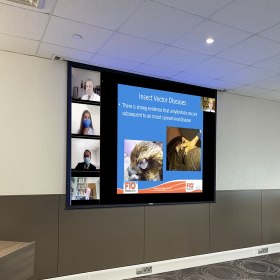 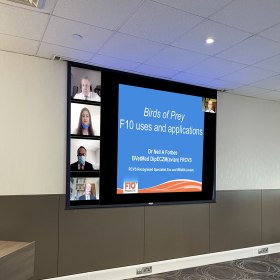 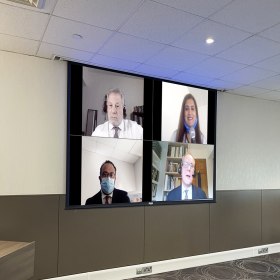